Nebras Power, PLN, and PJB Sign a Heads of Agreement for a circa 800 MW Gas to Power Project in Sumatra, Indonesia

Nebras Power QPSC, Perusahaan Listrik Negara (PLN) and PT Pembangkitan Jawa-Bali (PJB) have signed on October 19, 2017 a Heads of Agreement (HOA) for developing a circa 800 MW Power Plant along with a Floating Storage and Regasification Unit (FSRU) and sourcing of the LNG at Medan, Sumatra, Indonesia. This would be a Gas to Power (GTP) Project. This project comes as one of the outcomes of His Highness Sheikh Tamim Bin Hamad Al Thani - Emir of Qatar – visit to Indonesia in 18th October 2017 and as a result for the discussions that have been held between PLN, PJB and Nebras Power under the aegis of the Qatari and Indonesian Governments. 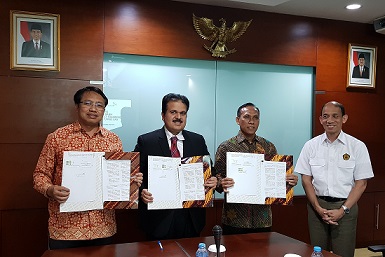 The signing ceremony was held in Jakarta and in the presence of representatives from the various parties. Nebras Power was represented by Engineer Khalid Mohammed Jolo - CEO of the company.

The signed HOA aims to develop a general framework for cooperation between the parties and facilitate the ways of cooperation between them in developing the GTP Project. According to the HOA, Nebras and PJB will jointly develop, finance, construct, operate and maintain the Power Plant and the FSRU that would use the regasified LNG from the FRSU. The sourcing of the LNG for the Project will be facilitated by Nebras. 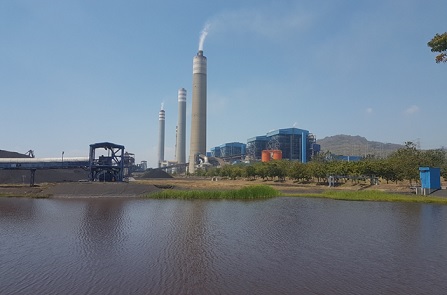 The project comes as part of the Indonesian government's efforts to meet the growing demand for electricity in Sumatra. The energy generated from the new plant is expected to support meeting the island’s increasing demand for electricity to meet the ongoing Indonesia's urban, industrial and tourism expansion and growth. The project is targeted to reach its commercial operation date in 2019-2020.

Commenting on this HOA Mr. Fahad Al Mohannadi – Chairman of Nebras Power said:” We are pleased to conclude this HOA which shows our continued confidence in the Indonesian economy and market, where we have recently successfully concluded a large deal by acquiring a significant share in Paiton power plant which has a production capacity of more than 2000 MW”.

Engineer Khalid Jolo - CEO said: "This HOA comes within the framework of promoting further economic cooperation between Qatar and Indonesia, and we hope to further strengthen the foundations for a long-lasting relationship. This cooperation reflects the trust of the Indonesian Government in Nebras Power, which will make us work closely with our partners to support PLN’s long-term plans to meet the growing needs of the Indonesian energy market. Through this project, Nebras Power aims to strengthen its position in the global energy markets and support its ambition to grow and expand globally"

Mr. Faisal Al Siddiqi – Chief Business Development Officer added: "We hope that by executing this project we will be supporting the electricity needs in Sumatra and also contributing to stimulate the Indonesian economy. We will ensure that the latest available technology would be implemented in the project and at competitive prices ".