Nebras Power enjoys full support from two strong shareholders, with solid fundamentals and outstanding track record. They have invested into the company’s growth and are able to bring our vision and strategy to life.

Qatar Electricity and Water Company (QEWC), a Qatari public shareholding company, is one of the first private sector companies in the region that operates in the field of electricity generation and water desalination. Established in 1990 in accordance with the provisions of the Qatari Commercial Companies Law, its purpose was to own, manage, and sell the products of electricity generation and water desalination plants.

Upon its foundation, the company’s capital was one billion Qatari Riyals divided into one hundred million shares at the value of 10 QR per share. On 25 February 2014, the extraordinary general assembly decided to distribute ten million bonus shares among the shareholders by giving one share for every ten shares. Accordingly, the company capital share became one billion and one hundred million Qatari Riyals that were fully paid divided into one hundred and ten million shares. The Qatari government and its affiliates own approximately 52% of the capital and the rest of the shareholders, companies and individuals, own about 48%. The eleven-member board of directors chaired by H.E. Dr. Mohammed bin Saleh Al-Sada, Minister of Energy and Industry, run the company.

QEWC is the second largest company in the field of power generation and water desalination in the Middle East and North Africa (MENA) region. It is the main supplier for electricity and desalinated water in Qatar with a market share of 62% of electricity and 79% of water. The company generates electricity of 5.432 Megawatt and produces 258 million gallons of water per day. Over the last decade, the company witnessed remarkable growth in alignment with the rapid development of the Qatari economy and the increase of population, which in its turn increased the demand on electricity and water. QEWC revenues increased at a compounded annual growth rate of approximately 10.3%. 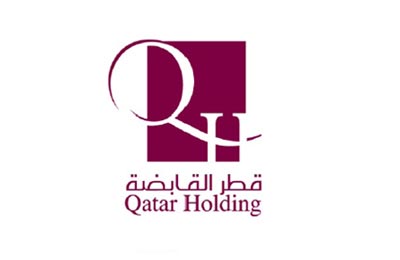 Qatar Holding LLC (“QH”), established in 2006 in the Qatar Financial Centre, is a 100% owned subsidiary of the Qatar Investment Authority (“QIA”).  The QIA is the sovereign wealth fund of the State of Qatar.

QH invests internationally and locally in strategic private and public equity as well as in other direct investments.

The portfolio of QH includes some of the world’s most prestigious institutions covering a wide range of industry sectors. QH’s investments cover more than 30 countries across all continents.