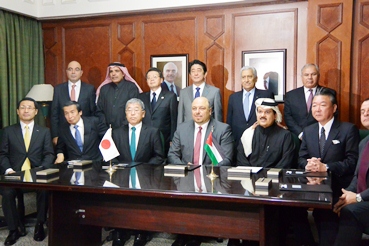 The financing of the project is jointly done by a group of international banks and export credit agencies including Japan for International Cooperation (JBIC), Nippon Export and Investment Insurance (NEXI), Mizuho Bank and Standard Charter Bank.

Nebras Power along with its partners in accordance with this agreement will finance the development of the project and own and operate the Shams Ma’an solar power plant in Ma’an Jordan. The project’s importance comes from being one of the first renewable energy projects and the largest of its kind in Jordan. Shams Ma’an Power Generation company has already signed power purchase agreement with National Electric & Power Company of Jordan in March 2014 where NEPCO will but the full capacity of the plant and also signed an engineering, procurement and construction contract and operation & maintenance contract with First Solar of USA in July 2014. The project construction is expected to start in the second half of March 2015 and commercial operation start by end of July 2016. 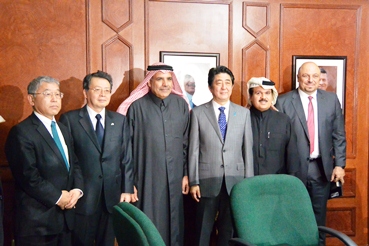 Speaking on the occasion, Nebras Power’s Chairman, Mr. Fahad Hamad Al-Mohannadi said “We are very pleased to sign the financing agreement for Shams Ma’an project and we confirm that Nebras Power continues with its commitment to expand internationally in a conservative manner whilst sticking to its core areas of expertise. The importance of this project comes from being the first project and investment for Nebras Power and it is a confirmation of the company’s policy of diversifying the fuel in its future investments.” At the end of his speech, Mr. Al-Mohannadi extended his thanks and appreciation to the partners, the banks and the Nebras team on their hard work and efforts exerted on this project.”

Commenting on the occasion, Mr. Khalid M. Jolo, Chief Executive Officer of Nebras Power said, “We are proud of this investment which is considered an expansion to Qatari investments in Jordan and a translation of the exceptional relationship between Qatar and Jordan. This project will support meeting the power demand requirements in Jordan and will have positive impact on the continuous development in Jordan. Nebras Power will strongly focus on building its portfolio in a balanced manner which will include renewables.”